[Report]We did an internship for an African students.

ict4e ltd. (Fukui City, Fukui Prefecture, CEO: Hidekazu Hara), an IT consulting and African business company, has accepted two African students for corporate internships. The international students accepted this time are Bido-san and Awa-san, who came to Japan from the ABE Initiative program and have been studying at a Japanese university for two years. Bido-san will be here for three weeks and Awa-san for one week. In this article, I will introduce their first week’s activities.

On the first day, they tried their hand at soldering the IchigoDake. They tried to get the solder to form a nice mountain shape. The completed IchigoDake will be plugged into the IchigoDyhook, a device that combines the keyboard and monitor necessary for learning programming with IchigoDake. IchigoDake is also a very compact computer that allows you to carry your completed programming around with you. 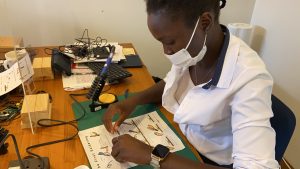 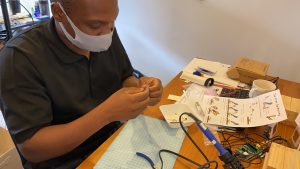 The next step was to assemble Camrobo (the version that supports IchigoDake). Camrobo is an assembly kit for robotics. Assembling the gearbox was a struggle for both of us, but they were able to put it together successfully, checking the instructions over and over again. Awa-san had created an underwater robot in college, so she seemed to be good at assembling Camrobo. Once the sensors are installed, it’s time to program with IchigoDyhook. Plug the IchigoDake (with the finished programming already saved) into the Camrobo. In the end, they perfected the move of letting Camrobo run forward and stop when it finds a wall. 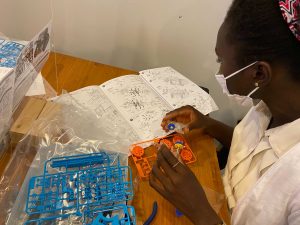 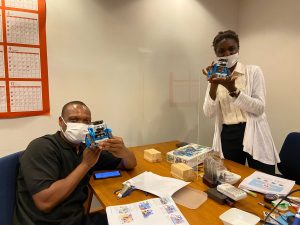 On the third day, they visited the Hana-Dojo in Sabae City. The first half was a presentation on the introduction of the dojo. The question-and-answer session generated a great number of questions. Both of them are interested in programming education for children, and they were surprised to see the Hana-Dojo where people of all ages gather to train each other. In the second half, they tried their hand at programming LED dice and board game making. Bido-san is good at programming, so he was able to make the dice very quickly. 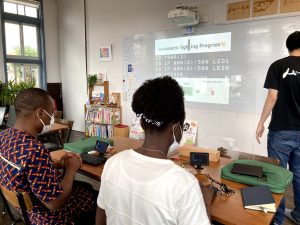 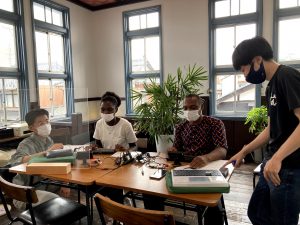 They experienced an educational program using IchigoJam, which was launched in Kenya by 2018 intern: Emeka. Both of them were very serious as they were going to introduce the business launched by the senior internship student. 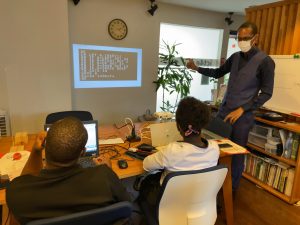 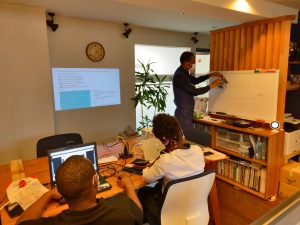 On the fifth day, they gave a presentation summarizing their week. In the introduction of home country, they introduced the characteristics of each country with many pictures. Awa-san said that she wished she had more time to learn more about programming education for children. Bido-san said that IchigoJam is very simple to program and would be well accepted by the children in Benin. 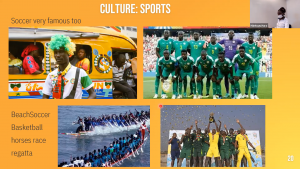 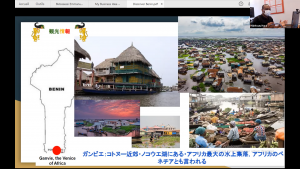